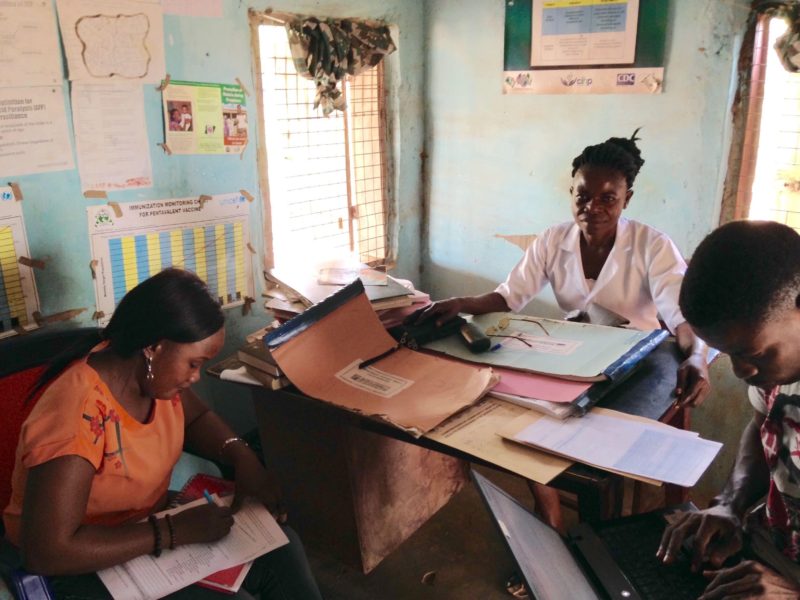 Over the past seven years, CCMHP has rapidly scaled up mental health care across Benue, from a single psychiatric ward and a small handful of church-run services, to mental health clinics operating in each of the state’s 23 local government areas. With just four programme staff serving a largely rural population across an area larger than Wales, Philip is always on the road.

Normally, he multi-tasks—phone in-hand and a laptop balanced across his knees, seemingly oblivious to potholes and roadblocks. But on our six-hour drive from Otukpo to Abuja, he takes a break to ask me about a core principle of research ethics: beneficence.

I do my best to explain: “It means the benefits to a study participant must be significant enough to counterbalance the risks involved in research.”

Philip looks unsatisfied. “Give me an example,” he says.

“Okay, how about Tuskegee? Starting in the 1930s, there was a 40-year study of syphilis conducted among African-American sharecroppers in Alabama. Syphilis was treatable, but the researchers wanted to understand the disease’s natural course, for the benefit of science...”

“So, they just let everyone suffer?” Philip shakes his head and looks out the window at the orange orchards whizzing past. “Does this still happen?” he asks.

“I think really blatant examples like Tuskegee might not be so common. But there’s criticism that a lot of medical research conducted with underserved populations doesn’t actually benefit them in the long-term. In a place with fewer treatment options available, it’s easier to make the case to an ethics committee that the intervention you’re testing is an improvement over the status quo.”

“So, your study gets approved,” he says.

“Yep, but then a drug company, for example, might go and patent the drug they tested in Nigeria…”

“And then no one here can afford the drug!” Philip gives a rueful smile.

I visit CCMHP every year from the Centre for Global Mental Health at the London School of Hygiene and Tropical Medicine to support the programme’s monitoring and evaluation. In this exchange with Philip, I represent not only the Global North that disproportionately benefits from research conducted in low- and middle-income countries, but also a university that makes its money off the grants that fund this research.

It starts to dawn on me: drug companies aren’t the only ones profiting.

“Philip, they say, ‘Every country is a developing country when it comes to mental health.’ We really need to come up with new ways of doing things, but mental health care is so highly regulated in places like the US or the UK, it’s difficult to do anything truly innovative there. Maybe that’s why so much of the money for global mental health goes into research. Because it’s in donor countries’ best interests.”

Philip nods. “That’s why we need to keep funding programmes like CCMHP! Otherwise, how will our people benefit?”

His response intrigues me. I often complain about the lack of development funding for mental health. If we only pay people to test new ideas, we’ll never see these ideas mature and translate into policy and practice. But according to Philip’s logic, if research in low- and middle-income countries is to be funded, then there’s also an ethical obligation to fund mental health programmes in these countries that can deliver evidence-based services over the long-term. It’s an issue of beneficence for the local populations participating in our efforts to build a global evidence base for mental health.

As an academic myself, I would never advocate that we invest less in research—far from it. But I do believe that short-term investment in research should be paired with long-term investment in mental health systems. We should all be working to put in place ethical exit strategies that support sustainability and scale-up, instead of simply passing the buck.

CCMHP started in 2011 with a five-year grant from the Australian Department of Foreign Affairs and Trade (DFAT) to the disability and development organisation CBM. The programme is currently on its second round of funding, but the future is uncertain. Australia’s aid budget is reportedly flat-lining — and actually declining in sub-Saharan Africa. Will DFAT have the appetite for a third round? A fourth? When the current grant ends, what comes next?

These are the questions that keep Philip awake at night.

Even as CCMHP has expanded throughout Benue, so has the need. Disastrous floods and increasingly regular flare-ups of communal violence have displaced at least 100,000 people. Meanwhile, refugees continue to flee across the border to Benue from the crisis in Cameroon. They have experienced unimaginable losses. They cannot afford to lose their mental health care as well.

Sometimes, Philip and I talk about studies we can propose to research funders in order to help keep CCMHP afloat. But a study won’t solve the problem. While the Global North may invest in time-limited research and demonstration projects, governments in low- and middle-income countries are expected to take up the mantle as soon as the results have come in. Unfortunately, these expectations are not always realistic.

Philip has worked tirelessly for years to build the political will necessary to make CCMHP a success. To his credit, state and local governments have seconded staff to the programme, freed up space for clinics in primary care facilities, participated actively in advocacy efforts—committed virtually every possible resource that doesn’t come with a new budget line attached. But even CCMHP’s most enthusiastic partners in government seem sceptical about long-term plans to transition the programme from a public-private partnership to full government ownership. CCMHP needs money to survive, and in a cash-strapped health system, every addition to one budget is a subtraction from another.

Conversations with innovators like Philip are why we started Ember in the first place. We want to push global mental health to go beyond time-bound projects, to make lasting change. We want to see people like Philip carry on doing their wonderful work and safeguard the future of services that bring mental health care to thousands of people in increasingly vulnerable situations. This means confronting our assumptions about how sustainability and scale-up are achieved in low-resource settings and thinking creatively about alternatives. By tackling the challenges that Philip faces, the Ember pilot will generate crucial learning that can then help other innovators answer that all-important question: What comes next?

Thank you for having such an honest conversation with us. We loved having you! https://t.co/cn3A0gyLGv

So apparently Twitter is in trouble... On the off-chance the #RIPTwitter rumours come true and you're interested in keeping up with updates, opportunities and stories from the Ember community, come join us on #linkedin: https://t.co/Ydy8syiqCt